Most Dangerous Cars Ever Made

Widowmakers: 5 of the Most Dangerous Cars Ever Made

Here are five dangerous cars that appear to be designed to ensure a fool and his money are soon parted. 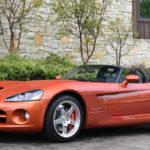 The Dodge Viper was the last car to be made without traction control or electronic stability control, two nifty computerized gadgets that can prevent one from crashing due to an accidental over-application of power—which is frightfully easy to do in the V10-powered Viper. No surprise that the attrition rate among these cars is huge….

But don’t listen to us. Shop for your Dodge Viper here. 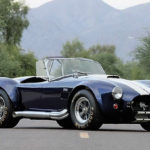 The 427 Cobra is dangerous for the same reason as the Viper: An excess of power and a shortage of electronic safety nets. But the Cobra ups the danger ante with primitive brakes, insufficient seat belts and open body work. There isn’t even an airbag to give you a fighting chance. Replicas may have somewhat more modern hardware, but a badly-handled Cobra is still a tricky beast.

But it won’t happen to you, right? Find your Shelby Cobra here. 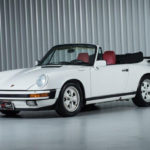 The 911’s design, with the engine behind the rear wheels, is a fundamentally bad idea: Once the rear end breaks loose, it swings rather like a pendulum. Porsche spent years trying to mitigate the 911’s dangerous tenancies, but it wasn’t until 1998, with the introduction of electronic stability control (Porsche Stability Management, or PSM) that the problem was largely nullified. (Of course, you can still turn PSM off.) 911s have lots of grip, but drive them too fast and they can quickly result in an untimely demise.

But you can handle it… right? Find your classic Porsche 911 here. 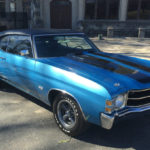 Detroit developed powerful engines long before they developed competent suspensions or adequate brakes. Most fire-breathing muscle cars have soggy springs that all but eliminate the option of high-speed directional changes, along with drum brakes that are barely useful to begin with and purely decorative after a few hard stops. Once up to speed, they are more like unguided missiles than cars.

But they sure do look and sound good! Find your classic muscle car here. 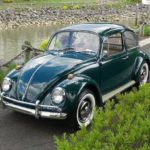 “What?” you say. “The innocent-looking Beetle wouldn’t hurt a fly!”

Indeed, while flies may be safe in the confines of the Beetle, humans are not. Older Bugs have the same swing-axle suspension that flipped the Corvair on its roof, along with seats seemingly designed to launch occupants out the rear window if the car is rear ended. After his attack on the Corvair, Ralph Nader went after the Beetle (read Small on Safety: The Designed-In Dangers of the Volkswagen). People liked VW more than GM so they didn’t pay attention, but you should.

But it can’t be dangerous. . . it’s so cute! Find your VW Beetle here.